A new charitable fund that supports local action on climate change has awarded its first grants.

The Minneapolis Climate Action and Racial Equity Fund, a partnership between the City of Minneapolis, the Minneapolis Foundation and the McKnight Foundation, today announced funding to three local organizations that are doing innovative work throughout the city, particularly in diverse, low-income neighborhoods where residents are often disproportionately affected by climate change.

“The scale of the climate crisis is immense, but this fund gives us the tangible, local actions we can see and feel. Better, it gives individuals the chance to partner with the rest of the community so one person’s actions can be part of a movement with real impact,” said R.T. Rybak, President and CEO of the Minneapolis Foundation, which administers the fund.

“We are inspired by the strong response to the Climate Action and Racial Equity Fund,” said Kate Wolford, President of the McKnight Foundation. “The funded projects demonstrate that Minneapolis communities are motivated to act urgently to address climate change while ensuring that our clean energy transition leaves no one behind. They demonstrate innovative approaches to increasing access to clean transportation options, bringing energy efficiency services to communities that need them most, and spreading the benefits of the clean energy transition more equitably. With the continued support of our partners, these local solutions can be a catalyst to broader change in our region and state.”

The fund’s second grant round will open on August 1. The three grants awarded in the first round are as follows:

The fund was created to connect corporate and philanthropic giving with place-based, community-driven initiatives to reduce greenhouse gas emissions within the city of Minneapolis.

The Minneapolis Climate Action and Racial Equity Fund was seeded with $100,000 from the McKnight Foundation. Since it launched this spring, the fund has received more than $22,000 in additional contributions, including gifts from the Xcel Energy Foundation and Askov Finlayson. Businesses and members of the public can contribute to the fund by texting climatempls to 243725, or by going to climatempls.org.

Applications for the fund’s second grant round will be accepted until the deadline of 4:30 p.m. on September 16, with award notification by November 1. Eligible applicants include schools, churches, neighborhood organizations, business associations, 501(c)(3) nonprofits and charitable or grassroots organizations with a fiscal agent. Previous applicants are welcome to reapply.

The fund offers grants for place-based, community-driven initiatives and projects that result in a demonstrable reduction in local greenhouse gas emissions. Grant awards are expected to range between $2,500 and $25,000. Funding will support proposals that further one or more goals of the Minneapolis Climate Action Plan, which include:

“Some are content with being on the cutting edge of the fight to curb climate change – but in Minneapolis we are working to set the curve,” said Minneapolis Mayor Jacob Frey. “That requires testing new approaches and working with environmental justice community partners. Thanks to the outpouring of support for the Climate Action and Racial Equity Fund, we’ll help local innovators do even more strong work on everything from renewable energy to more efficient transit.”

To learn more about the fund, contribute to it or apply for a grant, go to climatempls.org. 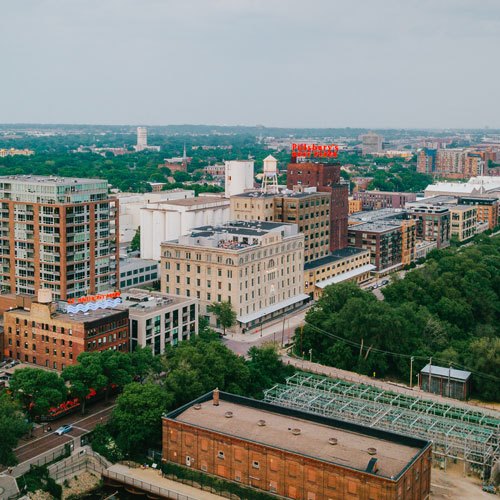